Erebos is a role-playing game based on White Wolf's very own 'Vampire the Masquerade: 20th Anniversary Edition'. Set in the modern nights era, in our very own fictional New Babylon situated in the heart of the Napa Valley, players may craft their characters and journey through
the World of Darkness as they see fit, and over the Internet rather than seated around a table.

Register today to join us and craft a character that will grow, and journey through New Babylon
(or around the world if that is your desire.) As you prosper in this adventure, we hope you enjoy
your stay at Erebos and become a vibrant part of our friendly community!

You are using an out of date browser. It may not display this or other websites correctly.
You should upgrade or use an alternative browser. 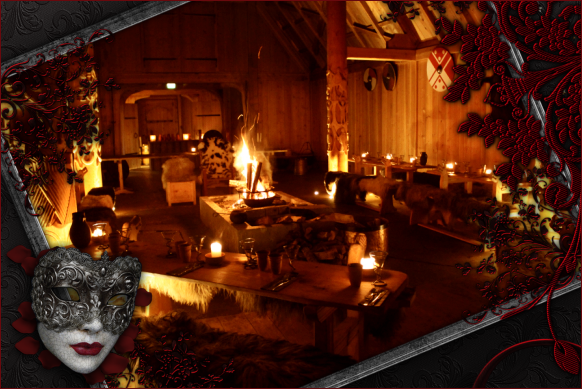 The Cybermachine offers the best music, the best drinks, and the best addictions in the city. The Underworld, beneath the Machine, offers a place to taste those addictions in a more subdued setting. The subdued lighting, oaken furniture and long tables make the Underworld more akin to the lodge of a Norse Jarl than a modern day nightclub - though with modern amenities. It is here, in these darkened halls that a Kindred may be themselves - for only Kindred and their bounties are allowed down here.

The floors are covered by furs taken from animals across the globe, though modern lights have replaced the torches on the wall and ceiling. Animals - both full body and just heads - mount the walls, along with paintings depicting everything from medieval to modern times. The long wooden benches are softened by the finest silk cushions, and large kegs line one wall. Though long emptied of alcohol, they serve a refreshment more palpable for Kindred.

The Underworld can even provide shelter during the day - for those that can pay with service to House Limbus...