CHARACTER NAME (in full): Ylaka Galactic
Character Type: INITIATE
Character Species: Echani
Gender: Female
Age: 20
Height: 162cm
Weight: 52kg
Character Move: 10/13
Personal Quote: "Let my music wake you up."
Character Health Points: 10
Character Initiative: 10
Morality: +15 (she is really moral, but will go out of her way to do things comfortable in case they get difficult)
Renown: 0
Spent FP: 0
Character Pic: (URL to a hosted image)
Character Bio: Ylaka Galactic, was born to a rogue Jedi and a star ship mechanic. Both Echani and deeply in love decided to find a new home for their love. A home away from the iron fist rule of the Empire against the Jedi. As months passed and Ylaka's parents had settled on Corulag, in a dark basement so that they wouldn't attract attention; Ylaka was finally born. However, soon after Ylaka's birth a Jedi hunter located Ylaka's parents and they escaped to Dubrillion, the ocean planet and stayed there on an artificial island, thus leaving a very, very young Ylaka with her paternal grandfather who, was an excellent fighter pilot during the Clone Wars, and taught her how to fly a star ship successfully.

As Ylaka was growing up, she started hanging out with her friends in cantinas. There as someone was trying to rob her, she defended herself successfully by using the Force and that's how she realized that her parents were something special, something that her grandfather confirmed with few, laconic sentences that were saying that she's a Jedi, a title that gives her a kind of abilities that she had to use wisely. Basically tells her that he knows nothing about the jedi, but her mother was one.Thus as gifted with music as she was she decided to form a band with her friends singing that kind of modern music that her grandfather hated due to it being very loud (punk rock). She raised enough money for a far away planet from which she was receiving suspicious holos. Her grandfather also told her that her father was dead on Dubrillion. Downcast with all these news about her mother that left her behind while she was only a few weeks old baby and her father, who was dead, she decides to do her research about where her mother was in order to find her again and reunite as she had reached adulthood and wanted to find out more about the Jedi and her mother.

Personality: Ylaka can get aggressive when need be, but she counters that with the fact that she is kind and moral. She also loves playing pranks by playing her guitar loudly to sleeping people and then saying wakey-wakey, even if they don't understand basic. Ylaka also is very social and dependant. She could do anything as long as she has her friends around. The fact that she decided to find her mother all alone made her really nervous, but she's looking forwards to the result of her research, otherwise she will probably go back to her grandfather and friends and continue the punk rock band in order to get income in an easy and also her favorite way, since she doesn't like dealing with difficult stuff in her life. She also is a passionate hater of the Empire, for chasing her parents away from Corulag.

You MUST assign at least the chosen Species Minimum of Attribute Dice for each. After that, you may assign more of your Attribute Dice as you see fit, up to the Species Maximum.

VETERAN-level Characters start off just like INITIATES, but after they assign their Species Attribute dice (as stated above), they also receive an additional 24D (72 pips) Attribute Dice for their 6 Regular Attributes to upgrade them further. They also start off with 35 Regular skills and receive additional 10D (30 pips) in skill dice to upgrade Regular and Advanced Skills. All Veteran characters get 1 FREE Advanced Skill at start up.

NOTE: There are a few limitations to how a Veteran character's stats may be distributed.

All Advanced-Placement [VETERAN] Characters must adhere to the following:
Spoiler

SPECIAL SKILLS:
See any notes on these with respect to your chosen species, then copy/paste as applicable.
Special Abilities:
Story Factors:

VETERAN Force Sensitives:
IMPORTANT! All Force users may learn ONLY those Force Powers available at their rank or below. A complete listing of our Force powers currently in use can be found by clicking here. 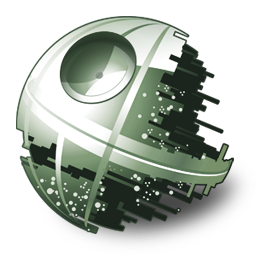