What if monsters were real?
Not as abominations lurking in the shadows… but cunning predators hiding in plain sight?
Influencing every aspect of our world in ways we would never dare to imagine?
What if you became one of them? 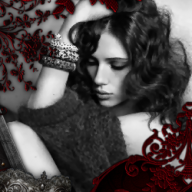 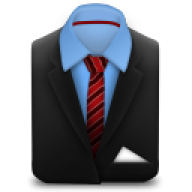 EMBRACE - Montano the Methuselah embraces a Roman General Marcus Julius Valerian as his Childe as the latter campaigns in Africa with his Roman Legions. After Embrace, Valerian returns to Rome, unleashing his havoc and rage upon the unwitting mortal population.​
100 AD​
Formation of Erebos - After nearly two centuries of gorging himself on human blood, Valerian creates his first Childe (Laetitia). The two begin to create other Vampires, binding them to themselves with blood and promise of attaining powerful dark arts. After the first 100 have been gathered, Valerian gives his new mafia-like society a name of Erebos, meaning 'shadow' or 'deep darkness'. First HQ of the House of Darkness are established in Rome.​
200 AD​
Creation of House Limbus within Erebos (which also becomes known as the House of Judges); the emergence of a Judiciary faction. Limbus serves as the recruitment point and a training ground for all new recruits wishing to join the ranks of Erebos.​
360 AD​
House Tenebris emerges as the scholarly division of the Erebos vampire mafia. Many artists and scientists flock to Tenebris banner under the careful guidance of House Limbus. Headquarters of Erebos are moved to Florence, Italy.​
485 AD​
Formation of Vindicta - Erebos splits down the middle, creating a military faction among their most dauntless. House Vindicta is born, spearheaded by Magen (6th Gen. Brujah).​
990 AD​
EMBRACE - Eletria, a 5th Gen Toreador Methuselah embraces Tristan, a nobleman of the Holy Roman Empire. Houses Maledictus and Concordia are formerly recognized by Leadership of Erebos and incorporated into the organization in spite of Vindicta's opposition to the Maledictus' Tremere blood mages. Concordia is marginally allowed in,​
1013-1043 AD​
The Great Revolt - Maledictus blood mages wreak havoc upon Florentine mortals and those living in surrounding towns and cities. Seeing the growing danger of the Masquerade being lifted, the majority of the Erebos Council votes to put down the rebellious element via massive Blood Hunt - in spite of Concordia's objections. Hundreds of Maledictus are diablerized, along with their entire line of Elders.​
1192 AD​
Concordia Secession - Disgruntled by the events of the Great Revolt and fearing for their own safety, members of Concordia hold a secret vote to leave Erebos.​
1248 AD​
NEW CAPITAL - Headquarters of Erebos move from Florence to Cologne (Germany). A substantial, mysterious donation is received by Archbishop Konrad von Hochstaden which enables the funding of the Cologne Cathedral.​
1390 AD​
Brotherhood of Orion - An underground organization of Vampire Hunters is formed in Constantinople (the Byzantine Empire). The Brotherhood of Orion as they come to be known, swears to bring an end to every Vampire currently in existence.​
1510 AD​
NEW CAPITAL - Intrigued by the prospects of maritime expeditions by some of the world's most renowned explorers, Valerian has Erebos Headquarters relocated to Lisbon, Portugal - in preparation for the possibility of a future exploration of their own. House Tenebris and Limbus scholars study the maps of famous cartographers of the time (such as Martin Waldseemuller), in an effort to learn as much as possible about the exciting possibilities waiting to be discovered, in the "New World."​
1650 AD​
EMBRACE - Jakub Wasyli Sobieski is embraced in Budapest, by an 8th Gen. Ventrue, Irene Stellas. In his early travels through Western Europe, he sees Tristan Krauss perform in concert and is mesmerized. The two men strike a quick friendship as Tristan takes Jakub under his wing.​
1795 AD​
TRAVEL - Houses of Erebos cross the Atlantic Ocean to settle in New Orleans, Louisiana. Unbeknownst to them, remnants of Maledictus and nomadic Concordia have also made it to North America, in efforts to rebuild their numbers and establish new havens and bases of operations.​
1860 AD​
EMBRACE - Divia LaCroix (Tzimisce) travels back to Europe and embraces her first and only (known) Childe, Matthew Edick, in Paris, France. The first Crimson Manor is built and used as Divia's domain and a hotel for wealthy French socialites.​
1930 AD​
NEW CAPITAL - Headquarters of Erebos are moved to Boston, Massachusetts. Tristan Krauss and Jakub Sobieski choose to pursue interests outside of Erebos, focusing on becoming entrepreneurs and amassing vast amounts of property and 'portable wealth'.​
2015​
Leadership Appointment - Tristan Krauss is appointed as the Guardian of House Vindicta, with Jakub Wasyli Sobieski as his second in command.​
2016​
The Machiavellian Plague - Brotherhood of Orion releases a bio-engineered plague, intent on wiping out all Vampires across the globe. Unfortunately, the plague turns out to be just as deadly to humans bitten by infected Vampires. Because the plague is slow-acting, it takes nearly a year for mortals to be affected - and like the Black Plague of Europe's Dark Ages, it decimates nearly one-third of the world's current population.​
2018
New Headquarters - Erebos HQ relocate from Boston (Massachusetts) to New Babylon (California), following the biological plague released in the United States by the Brotherhood of Orion.

2020
Leadership Appointment - Vittorio LaGuardia is installed as the new head of Limbus, following the assassination of the previous guardian, Rodrigo Silva. A huge inauguration (and masquerade party) is planned in Vittorio's honor and everyone who is anyone in Erebos society is invited to attend.

1ST GENERATION KINDRED
✠ She is a shadow, wreathed in the judgment of darkened cathedrals, bloodied rose gardens, sacramental souls lying scattered on the floor... ✠
"DISCIPLINES? I TAUGHT CAINE EVERYTHING HE KNOWS."
​