CLOSED Scribbles of an incoherent mind.

It had taken her a few days to find a new place in the manor that felt like her free space the same way the greenhouse had. To begin with, she had thought she didn't miss it, but the more days that went, the more she had felt the pull to have her own bubble. So she had taken to wander the mansion. Earlier, it had felt like Marcus's home, and like she was just visiting. Allowed to exist within its walls. But that had changed along with everything else in her life. Now, it felt like her home as well.

Around her third night as a vampire, she had found it. The small library that heavily smelled of old paper and leather. And instantly she loved it. It wasn't huge. Bigger than an office, but not at all what she would have imagined the mansion's library to be like. But it was decorated with a small sitting group of old leather chairs and a table.

The first night there, she had just sat there, reading her book from time to time. But on the second night, she had asked for someone to get her a book she could write in. It seemed like there in the darkness, her mind had been so noisy. All she wanted was to get it down on paper. Her fingers caressed the expensive leather-bound book, like everything around her, only the best was good enough. She could feel that there was an imprint on the front and the back, like a pattern in the leather. And it also came with a small lock in the front. Of course, anyone in her life could just break it open if they wanted. But, it was a clear sign to anyone who cared to leave it alone. 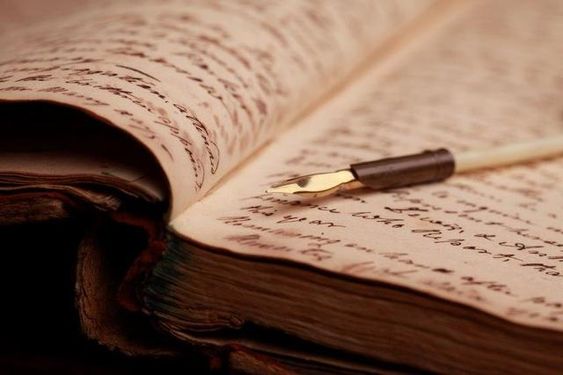 I keep thinking of when I was a child. Especially the first few memories from before I found my powers. They are such precious memories, and I am afraid that now, with eternity ahead of me, I will forget them. After all, they are the only memories I have of being just human. And with all the years that are ahead of me, will they eventually fade and become nothing? I hope not. Or. I can not let that happen. Not that I am not grateful for my new life, but, one should never forget how they got where they are in life. After all, the journey there is just as important as the goal.

So I think I will write them down.

Save them here between the protective covers of leather. So that even if I one day forget where I came from, I will be able to come here and read them all over again. Maybe in thousands of years, when I am as old as Marcus, the memories I write here, will feel like the story of someone else. It will suddenly read like a fairytale that someone once told me. Filled with heroes and villains of a different sort then normal fairytales. The ones that aren't really evil, but a middle thing. Fighting for something just like the rest of us.

I think I will like this fairytale. My fairytale.

The story of the girl who ran away from home and found a life she had never expected. One she never thought she would master or fit in to.

I think it will be my favourite.